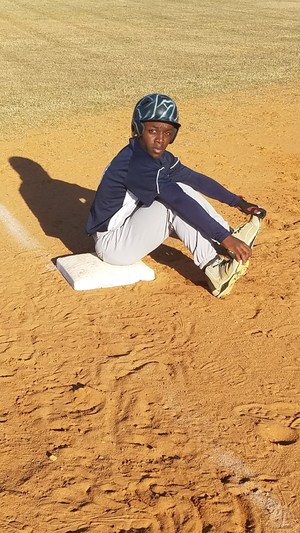 Both the LMS Softball and Baseball teams fell short against Chesterfield-Ruby on Monday.
The softball team fell in a five inning effort against the Lady Rams 13-0
The baseball team lost in a courageous effort in a 7-5 affair against the Rams. The warriors got started early scoring two runs in the top of the third inning off the bats of Malachai McManus and Caleb Townsend. The Warriors would shut out the Rams in the 3rd and score again in the top of the 4th on a single by Cyrus Ingram. The Warriors would have their rally cut short when Kaleb Chapman was thrown out at home.
The Rams would score 1 run in the bottom of the 4th and two innings in the bottom of the 5th. Long would be held scoreless through the 6th inning but the Rams would score 4 runs with two outs in the bottom of the 6th and take the lead 7-3.
In the top of the 7th inning the Warriors put up a valiant effort to battle back and had bases loaded with no outs and ended up scoring two runs. Chesterfield pulled off a questionable double play and then a new pitcher came in for the Rams and struck out the final batter for the Warriors.
The Warriors will return to action this week with the Baseball team traveling to McBee on Thursday 3/23 at 5:00 PM and the Softball team taking on McBee on Thursday 3/23 at 5:00 PM
https://gc.com/game-5894cff965939f1ea7ee3385 Source: LMS Gamechanger Page